The History of Cosmetic Surgery 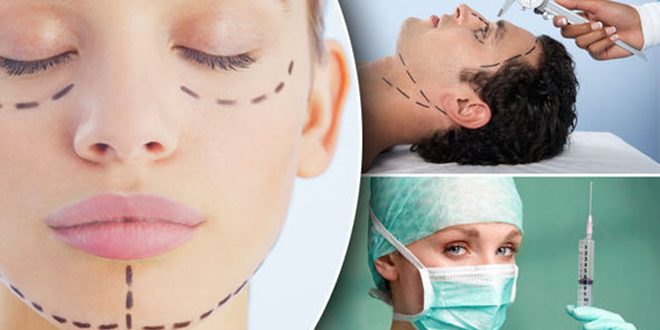 Cosmetic Surgery in the Past:

History suggests that cosmetic surgery procedures have been in existence for centuries. The types of plastic surgery and augmentation procedures we see today were already used by surgeons back in the early 1800s.

Although the tools and techniques used in such surgeries have evolved dramatically over the past few decades, the basics of such surgeries are still the same as in the 18th century.

People have always been concerned about their outer appearance since the beginning of civilization. To offer such people a better look, doctors of the ancient times also took the efforts to find out new ways of performing esthetic surgeries.

In those times, piercing, scarification and tattooing were quite popular. People used specialized techniques to change their looks in a better way, such as injection, ripping, snipping and stitching to make body parts look beautiful and smooth. This is also how reconstructive surgeries were born.

Gradually, surgeons and doctors incorporated parts of what was being used for reconstructive surgery to introduce cosmetic surgeries. Such procedures date back to before the common era.

However, such techniques were performed primarily in central Asia. A number of Asian healers also used certain techniques of modern rhinoplasty to beautify the shape of noses of royal family members.

In ancient India, there was such a healer known as Sushruta who was arguably one of the first cosmetic surgeons in the world. In his book, it is clearly mentioned that plastic surgeries were in existence in India during the 6th century BC. Sushruta was the first one to perform skin grafts. He and his disciples used a piece of skin from other parts of the body to graft it on face skin to correct the look of the person. His way of surgery involved grafting the skin with a small bridge of tissue.

The missing skin in another body part would eventually grow as per the natural skin cell reproduction. Sushruta followed this skin and vessel-rich graft technique to perform some revolutionary skin reconstructions on people with disfigured or damaged skin.

The Father of Plastic Surgeons:

After many years, certain Hindu surgeons also performed nose reconstruction by 600 BC. They used a piece of cheek skin for this reconstructive surgery. By 1000 AD, there were many surgeons around the world who performed rhinoplasty. The growing popularity of such procedure was also due to the barbaric custom adopted by many kingdoms to cut off the upper lips and noses of the enemy soldiers.

During the 16th century, Gaspare Tagliacozzi first started nose grafting with the help of the skin flaps of upper arm. Medicine history names him as the father of plastic surgery. He used such techniques mainly to correct the saddle nose deformity in people.

Gradually, the techniques of plastic and cosmetic surgery became more refined and precise. However, such surgical procedures were categorized under standard therapeutic surgeries. In 1798, Pierre Desault of Greece named such surgeries as plastikos, which means molding. The term ‘plastic surgery’ was evolved from this Greek name later.

It wouldn’t be too long till Western societies started seeing a considerable growth and demand for cosmetic surgeries. Many American surgeons performed such procedures to correct the outer look of patients with any physical deformities due to automobile and industrial accidents. After the war in 1923, the first modern rhinoplasty was performed in the United States. During the American eugenics movement, many surgeons learned the modern techniques of cosmetic surgery. Later in 1931, a team of surgeons performed the first public face lift.

Gradually, cosmetic surgeons also learned new ways to augment the breast shape and size in women. Uplifting the breasts through specially designed outfits was already famous during that time. Many women then used corsets and brassieres to enhance the look of their breasts. In the 19th century, surgeons first performed the breast enlargement procedure by using artificial implants made from rubber, paraffin, ivory and glass. Reconstructive breast surgery was first done by Czerny in 1895. He performed the first successful mammary reconstruction on an actress who had undergone a cancerous surgery and removal of a breast tumor. Later in 1903, Charles Miller introduced the breast augmentation surgery in the USA. He used silk floss and silk, celluloid and many other foreign materials for breast implants. However, the results were not satisfying. Gradually, surgeons found the successful silicone injections and used them to perform breast augmentation.

Eventually, a select number of medical boards and associations (such as the American Academy of Cosmetic Surgery, founded in 1985) were formed and sanctioned to provide continuity of care and research along with a network for medical providers working in the field of medical plastic and cosmetic surgery. Such organizations have stringent membership requirements that require significant continuing medical education to stay abreast of recent advancements in technology, procedures, and safety. Choosing a cosmetic surgical specialist with board credentials and associations membership better assures patients that they’re receiving care from an approved and properly trained specialist.